Kids Above Profits! - Alternatives to "Outsourcing" Our Future?

Having issued a Request for Proposal (RFP) last February to consider its "outsourcing" of district foodservice, the Roanoke City School Board is currently deliberating the matter and expected to report their decision at an upcoming meeting on January 12th. Consequently, but in extending "A Challenge for Local Leaders" a year ago with the intent of initiating a dialogue to vitalize the city's economy, this article examines whether outsourcing serves the community's economic best interests while simultaneously delivering healthy, high quality, nutritional food to local students.

Signaling a Societal Shift from Mindless "Machine" to Living "Network"


Although I wrote and issued, "A Challenge for Local Leaders" (McConnell) to Roanoke's City Council (see: "Council Actions 12-15-14") last December in hopes of directing a local citizenry's attention toward disparity gaps in the distribution of (national) wealth and income, I'd done so thinking my efforts might help inform and subsequently support community members in advocacy of their own best interests. Upon reflection though, perhaps my aim was overly ambitious given limits to our shared, civic awareness of even thirteen months ago.

Nonetheless, but more currently, with recent publication of their, The Ecology of Law: Toward a Legal System in Tune with Nature and Community, Fritjof Capra and Ugo Mattei have stepped to the forefront of a notable group of thought leaders including, among others, "David Korten, Vandana Shiva" and "Jeremy Rifkin". Likewise, and as Capra further attests, a mutually shared theme running through these individuals' respective efforts affirms a "fundamental change of world view, or change of paradigms, that is now occurring in science and in society; the unfolding of a new systemic and ecological vision of reality, and the social implications of this cultural transformation" (Capra).

For this reason however, and tracking Western law's expansion over the historical course of modernity's ensuing trajectory, the co-authors note "a fundamental change of metaphors: from seeing the world as a machine to understanding it as a network". Consequently, they've similarly "realized that nature sustains life through a set of ecological principles that are generative rather than extractive" [emphasis added] (Ibid.). As a result, but pointing to "the very theory of the sources of law" related to quantum physics and "a more realist legal vision" involving "the role of the interpreter's subjectivity", Capra and Mattei reveal how "neo-liberal theories" since "the last part of the twentieth century" have effectively co-opted "competition" in displacing "hierarchy as the way in which the machine of justice should operate". Moreover, they similarly disclose how 'market efficiency' has subsequently been appropriated to oversee "the irrationalities of the political process" separately from (its addressing) "the localized needs of communities" [emphasis added] (Capra and Mattei 126). 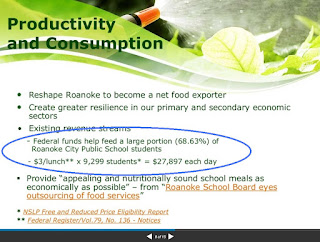 Figure 1. "Productivity and Consumption" - Adapted from Slide 8 of 15 (Hartley)


To this point then, and having already outsourced "bus transportation", "nursing services", and "substitutes" (Gregory), yet with relatively little resistance or opposition from citizen-stakeholders, it appears likely Roanoke's city school board may choose to abdicate its provision of student food service to corporate, for-profit, interests. Annette Lewis however, is just one among "several other board members" who expressed concerns in June about "whether the company chosen"; either Aramark, Chartwells or SodexoMagic, "would keep and maintain the district's contracts with local food, supply and equipment distributors". Concerning these misgivings "Steve Barnett, the "district's assistant superintendent for operations" and evaluation committee member, indicated "the companies are aware of the board's desire to keep local vendor contracts and maintain current benefit levels for staff." He subsequently implied that "it would be possible to incorporate those desires into the contract" but that such "stipulations" would need to be made "during the negotiating process to make sure that our employees are taken care of, as well as local vendors" (Gregory, Schools Negotiate).

In August however, and in response to reservations expressed by "local food, supply and equipment vendors" afraid of being "edged out if the school district" decided "to outsource to a national company", superintendent "Rita Bishop reassured city council members that the district would incorporate into any contract a clause that would maintain relationships with local vendors." When Councilman Sherman Lea voiced similar qualms conveyed by "constituents who work for the district's food services division" about the likelihood they would "lose their jobs if the work is outsourced", Bishop retorted by saying that "our goal is to have no one lose their job". She further contended that "outsourcing would actually give food services employees a chance for greater job growth because of the larger pipeline that comes with a national company" and "that outsourcing would be best for students" (Gregory, School Leaders).

Consequently, but over the last several months in particular, privatization's encroachment into local education is, for me anyway, presenting just cause for apprehension. Yet, and on a more positive note perhaps; beginning with Freeda Cathcart's arranging a screening and panel discussion of Education, Inc. at the Jackson Park Library in August, followed by Delegate Sam Rasoul's and State Senator John Edwards' co-hosting of the Second Annual Education Town Hall a few weeks later, concern for the well-being of Roanoke's school children may nevertheless be moving to the forefront of our community's collective attention.

For these reasons too, but having conducted "A Community Building Workshop" in November to support the New Economy Coalition's - "New Economy Week 2015", in retrospect it seems particularly timely our forum featured a presentation by Bryan Pfeifer from the Virginia Education Association. Similarly, and in addition to the weekly volunteer work I do with Happy Healthy Cooks in facilitating a second grade classroom's appreciation of whole food (see video above), the Roanoke Education Association's campaign to "Put Kids Before Profits" included a rally on December 7th at the Jefferson Center to "Stop Food Service Privatization in Roanoke.

"Bettye Bell, the president of the Roanoke Education Association, said she wants the city to consider making changes internally, as the county has done. Bell sent a letter to school board members earlier this year, outlining her concerns that meal quality would suffer and that workers like her sister, who works in food services for the city, could lose their jobs" [emphasis added] from "Roanoke Co. reports food service turnaround" (Gregory, Turnaround)

Affirming the case for effectively providing food services, after three consecutive years of deficits ($87,000; $213,000; and $92,000) the Roanoke County "school system's assistant superintendent of finance" announced "(t)his fall" that their "nutrition department" had met "the board's request" and successfully turned "the deficit into a surplus of about a half-million dollars" (Ibid.).

A Civil Society in Tune with Nature and Community: From Ego-System to Eco-System Economies

With publication of "Toward Integral Economic Democracy" (McConnell, Democracy), our group's primary focus this last year has meant interfacing with principals at MIT enlisting online platforms (e.g. edX, U.Lab @ Presencing Inst.) to facilitate organizational learning through Theory U and translating that collaboration into the design (e.g. prototyping) of integral (theory) ecosystems. Consequently, and perhaps not too surprisingly, Otto Scharmer and Katrin Kaufer's, Leading from the Emerging Future: From Ego-System to Eco-System Economies (Scharmer and Kaufer) has proved of foundational importance to our shared learning.

Similarly, but as a proponent of Gar Alperovitz's work with the Democracy Collaborative and their subsequent use of the Community Wealth Building model in Richmond Virginia, I initiated this article (see YouTube video at top of page) with Hilary Abell's interview by Laura Flanders. Consequently, but at a time when "corporate profits are at an all-time high" although "employee wages are at their lowest ever as a percentage of GDP" (Flanders 0:45-0:53) and those in Roanoke neighborhoods living below the poverty level may exceed thirty percent (City-Data.Com - see Fig. 2), Abell's, "Worker Cooperatives: Pathways to Scale" (Abell) outlines an invaluable approach to forming worker-owned cooperatives. As a result, but having seen women with whom she'd worked at the Oakland cooperative for example, increase family incomes "by 70 to 80 percent" within "a year or two of joining the business", in addition to obtaining "health insurance for the first time" and being afforded dental coverage, Abell's experience serves as a testament of a cooperative's power to effect economic development within local communities (Flanders 2:43-2:52).


"In the current state of affairs, recovering the commons is not the business of lawyers or politicians, whose intellectual and institutional landscape is framed by the ideology of modernity. This process belongs now to plain people who, from choice or necessity, participate in caring for something that they recognize as a common." [emphasis added] The Ecology of Law (Capra and Mattei 153) 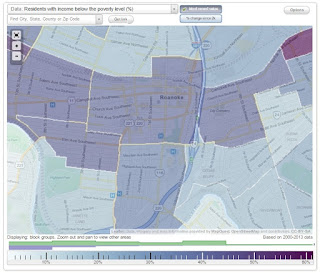 Figure 2. - Percentage of Residents with Income Below the Poverty Level (City-Data.Com)

For these reasons then too, our group is learning to envision the innovation of sustainable ecosystems within our community enlisting qualitative approaches in co-creating balances between efficiency, (e.g. localized economies of scale for example) and resilience.

"The gist of this framework is simple: The quality of results produced by any system depends on the quality of awareness from which people in the system operate. The formula for a successful change process is not "form follows function," but "form follows consciousness." The structure of awareness and attention determines the pathway along which a situation unfolds" [emphasis added] (Scharmer and Kaufer, 18)

Capra, Fritjof and Ugo Mattei (2015): The Ecology of Law: Toward a Legal System in Tune with Nature and Community. pp. ix-188, Oakland: Berrett-Koehler Publishers, Inc., 2015. Print. 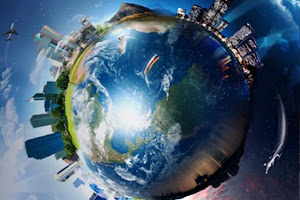 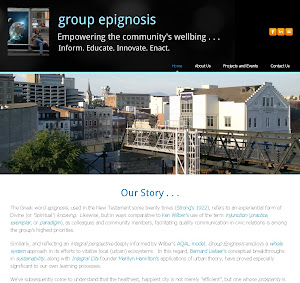 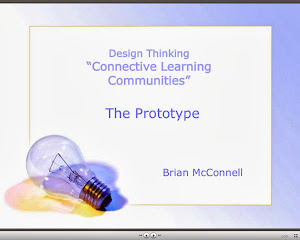 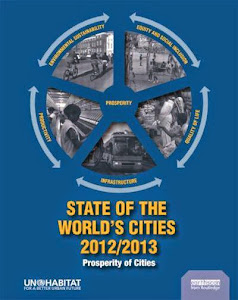 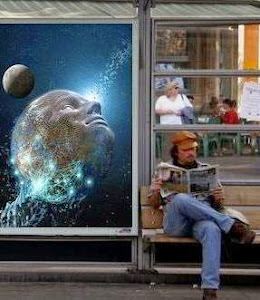 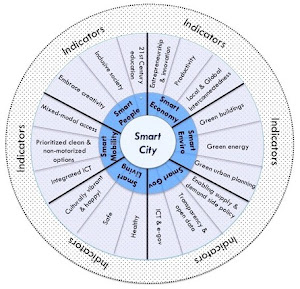 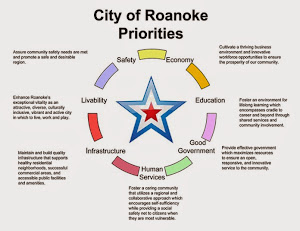